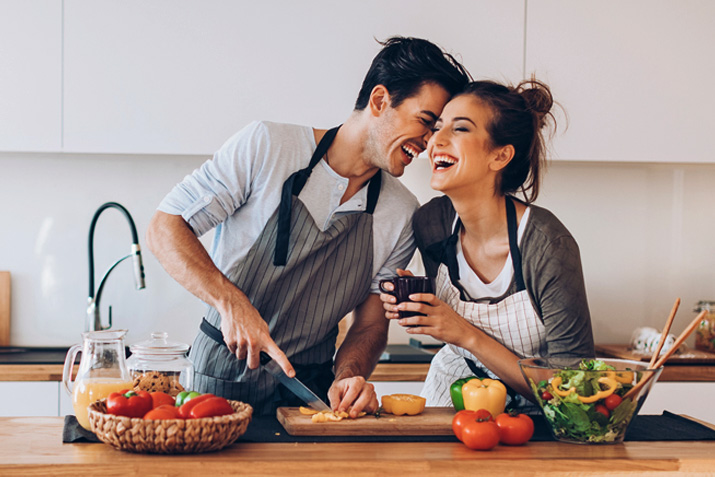 9 Romantic Ways to Celebrate Your Anniversary

Whether you are commemorating your first kiss, first date, or wedding anniversary, here are some romantic and thoughtful ways to celebrate your special anniversary day. These creative tips will help you bond even closer to your special someone in a memorable way. An anniversary is meant to be spent doing activities that are unique and personal to your relationship. Find one of these anniversary date ideas and mark the milestone by making memories to last a lifetime.

Sign up for a rum tasting and cocktail class.

Spend an evening sipping rum from around the world and learn how to make your own cocktails, like a rum old fashioned. Many rum tasting events also include appetizers and live music. This unique and interactive experience is a fun way to celebrate any kind of anniversary.

Spend the night at a local Bed and Breakfast.

With such a special occasion as an anniversary, it’s time to splurge and have a luxurious, romantic weekend at a Bed and Breakfast. Unlike a hotel, a Bed and Breakfast has a more intimate, “homey” feel and comes with a homemade breakfast. Fewer bedrooms mean more privacy for you and your other half to relax comfortably.

Spice up your night in the bathtub.

Anniversaries don’t have to mean expensive gifts and elaborate trips. Sometimes, the best anniversary date night means cuddling in a warm bath. Busy schedules don’t always leave time for intimacy. On your next anniversary, spend a quiet night at home giving each other the attention and affection you both deserve.

Hold a couple’s photoshoot with a professional photographer.

Capture your special anniversary day with a couple’s photoshoot. Decorate a home wall with a collage of the photographs to remember the anniversary for years to come. These photos can also be used for future Christmas cards, engagement announcements, a tenth anniversary party invitation, and more.

Do something exciting and unexpected.

Maybe you’ve always wanted to go skydiving, zip-lining, or white-water rafting. Maybe you’ve dreamed of belting out tunes at a karaoke bar or playing hooky at work to spend the day watching Netflix in bed. Stop saying “if” or “when” and take a spontaneous couple’s anniversary day you both will never forget!

Take a trip to a vineyard for a wine tasting weekend.

Whether you’re a wine connoisseur or someone who just likes a glass of house red, a wine tasting is a romantic way to celebrate your anniversary. Raise a glass to toast many more years of a happy relationship and watch the sun set against the beautiful landscape of a vineyard. 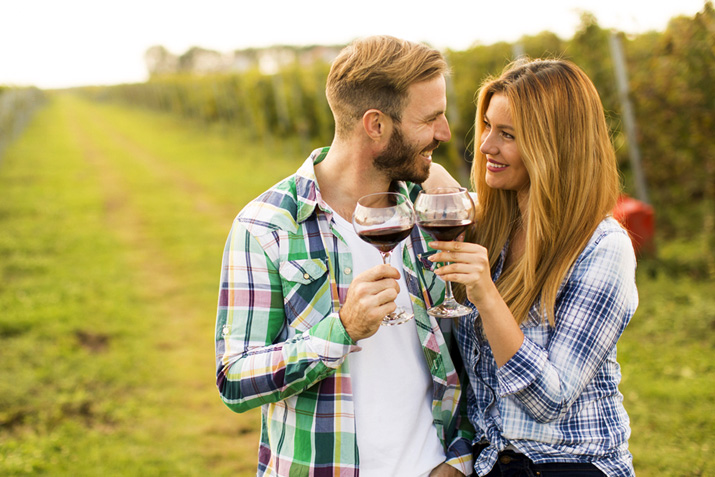 See a favorite band in concert.

Kick off your anniversary celebration with a concert and rock out all night to your favorite songs. Great music at a live concert leads to unforgettable memories.

Visit a comedy club for a night of drinks and laughs.

If you and your partner love to laugh, a comedy club is the perfect place to spend an anniversary date night. Share love and laughter—with a few drinks on the side—and have a feel-good time.

Take a cooking class for couples.

Enjoy a fun, hands-on cooking class for couples, to learn how to cook a restaurant-quality dinner for two. Get closer to your partner by learning a new skill together (or laugh at each other’s cooking fails) and get to know other couples in the class. Take your skills home and impress your partner the next time it’s your turn to do the cooking by replicating the meal.

Look up swing dancing events in your area and dance the night away! Many events feature a beginner’s dance tutorial, for those who still need to finesse their swing dancing skills. Swing dancing is perfect for any anniversary and for couples of all ages. Have a uniquely fun anniversary date at a club, studio, or dance hall.

If your anniversary is coming up, try some of these anniversary date night ideas. And if you need a special, personalized anniversary gift, surprise your partner with  Book of Us™ —a customized couple’s gift that tells the story of your relationship.   ​

9 Ways to Practice Self-Care for a Better You